A scuffle broke out between supporters of Rajya Sabha Member of Parliament Pervez Hashmi and Rashtriya Janata Dal Member of Legislative Assembly Asif Mohammmed in a south-east Delhi locality late on Sunday night.

The incident was reported from Jamia Nagar area. The reason for the clash between the supporters of Hashmi and Mohammed is yet to be ascertained, said the police. According to sources, policemen resorted to firing in the air when one of the groups allegedly pelted stones at the Jamia Nagar police station.

Hashmi is a Congress Rajya Sabha MP, while Mohammed is the MLA from Okhla constituency, where Jamia Nagar is located. Hashmi, the former MLA from Okhla, is said to have a considerable influence in the area.

Mohammed won the by-election to Okhla constituency after Hashmi resigned from the seat, following his nomination to the Rajya Sabha.

Meanwhile, more police personnel have been deployed at Jamia Nagar. 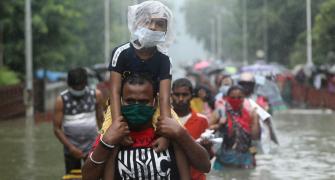