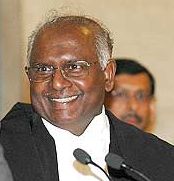 In a landmark verdict against the Supreme Court, the Delhi High Court on Tuesday held that the office of the Chief Justice of India comes within the ambit of the Right to Information law, saying judicial independence is not a judge's privilege but a responsibility cast upon him.

The 88-page judgment is being seen as a personal setback to CJI K G Balakrishnan, who has been opposed to disclosure of information relating to judges under the RTI act.

A three-judge bench comprising Chief Justice A P Shah and Justices Vikramjeet Sen and S Muralidhar dismissed a plea of the Supreme Court which contended that bringing the CJI's office within the RTI act would 'hamper' judicial independence.

"The judicial independence is not a privilege to a judge but a responsibility," the high court said, adding that the CJI cannot be said to have fiduciary relationship (between a trustee and a beneficiary) with other judges.

Taking a step further to bring transparency in judiciary, the bench while pronouncing the verdict in a packed courtroom, said its judges will be making their assets public within a week.

CJI has consistently been maintaining that his office does not come within the ambit of the RTI act and the information including the declaration of assets of its judges cannot be made public under it.

The high court had in its September 2 verdict on the controversial issue held that the CJI was a public authority and his office came within the purview of the RTI act.

Challenging the order, the Supreme Court registry had contended that the single judge had erred in holding that the CJI's office comes within the ambit of the transparency law and had interpreted its provisions too broadly, which were 'unnecessary' and 'illogical.'

The apex court also contended that judges couldn't be put under public scrutiny, as it would hamper their functioning and independence.

"We cannot expose our judges to public scrutiny or inquiry because it would hamper their functioning and independence," Attorney General Goolam E Vahanvati, appearing for the apex court registry, had contended.

The AG had argued that other agencies should not be allowed to interfere in the judiciary. "Judges cannot be judged by public perception. The judiciary cannot be exposed to third party. There is no problem in having better transparency and accountability in the system but it should come from within the system," AG had submitted.

As public opinion mounted on the assets issue, the CJI and other judges of the Supreme Court on November 2 voluntarily declared their assets by putting the details on the official website.

In its appeal, the Supreme Court maintained that the independence of judiciary is paramount.

In its judgement, the high court said that the unanimous resolution of SC judges passed in 1997 on declaration of assets couldn't be questioned now.

The Judges had then decided to put details of their assets in public domain. It also observed that the judges of the higher judiciary are not less accountable than the judicial magistrates who are legally bound to declare their assets.

During the arguments, the AG had said, "Non-declaration of assets does not mean demeaning and lowering of judicial values. Judges also need protection. They are most vulnerable in the society."

If CJI's office is declared as a public authority under the RTI act, then people would also seek information over the appointment and promotion of judges, he had said.

The apex court had pleaded that the resolution passed by its judges for declaring their assets is not binding on them, as it was part of the self-regulatory mechanism for the judiciary.

"If we accept your (apex court registry) arguments (that resolution is not binding on judges), then it would have serious implication on self-regulation. It is binding and its non-observance has certain consequences," the high court had observed.

Following is the chronology of Judges' assets declaration case: 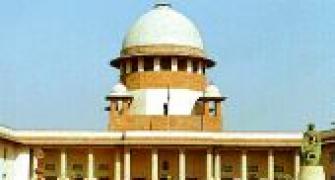 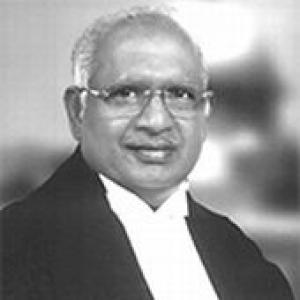 SC agrees to reveal information with CJI under RTI Act