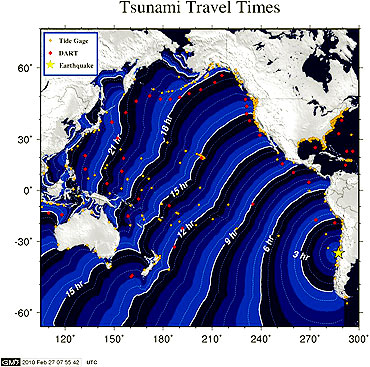 Some reports also say many Asian countries like Japan have issued a tsunami alert after the quake.

A tsunami warning has been extended across the Pacific Rim, including most of Central and South America and as far as Australia and Antarctica. The wave has already caused serious damage to the sparsely populated Juan Fernandez islands, off the Santiago coast, reports said.