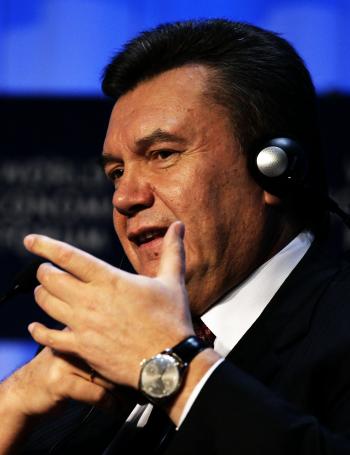 Pro-Russia candidate Viktor Yanukovych has emerged the clear winner in Ukraine's keenly fought Presidential elections after the counting of over 99 percent votes polled in the polls.

"Victory of Yanukovych is evident," a member of the Central Election Commission Mikhail Ohendovsky was quoted as saying by UNIAN news agency.

He said Yanukovych's rival, Prime Minister Yulia Tymoshenko was trailing with the margin of over 3 per cent votes. However, the official results are to be announced only on February 17 in accordance with the electoral laws.

Out of total 37 registered voters 12 million 372 thousand and 737 voters had cast their votes for Yanukovych against 11 million 562 thousand and 112 in favour of Tymoshenko.

Tymoshenko on Monday cancelled her scheduled press conference and is meeting with her parliamentary group tonight and is expected to make a formal statement only on Tuesday.

Observers in Moscow are keenly watching the situation, although the Kremlin's ambassador in Kiev Mikhail Zurabov last night visited the campaign headquarters of both Yanukovych and Tymoshenko and declared that any candidate elected by the people of Ukraine would be acceptable for Russia.