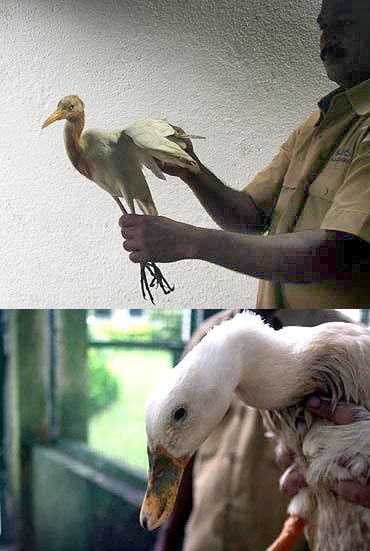 The oil spill off Mumbai's coast has begun affected the marine life, as seen in a few instances at the Society for Prevention of Cruelty to Animals hospital at Parel.

As the spilled oil is flowing onto the shores, activists and locals have been bringing in marine birds to the veterinary hospital for treatment.

While most of the birds have been released after being given medication, a crane and a duck are still at the hospital.

The two birds would be released soon, as they may get infected if kept too long at the hospital premises, said SPCA secretary Lt Col (Retd) J C Khanna.

Khanna said they are expecting more birds to be brought in the next few days as the oil has reached the shores.