The Bombay High Court admitted an appeal filed by maharashtra government against the acquittal of Faheem Ansari and Sabauddin Ahmed in the 26/11 terror attack case and deferred till August 30 the hearing on confirmation of death sentence awarded to convicted terrorist Ajmal Kasab.

Justices Ranjana Desai and Vijaya Tahilramani issued warrants against the two acquitted and directed that they be produced before a subordinate court. Currently, both are lodged in separate prisons in Uttar Pradesh in connection with a case of firing at the Central Reserve Police Force camp in Rampur, according to government's counsel Ujjwal Nikam.

Under CrPC, when an appeal is admitted the High Court issues a warrant directing that the accused be arrested and brought before it or a subordinate court which may send him to prison pending appeal's disposal or grant bail. In a related development, the court deferred the matter pertaining to confirmation of death sentence to Kasab to August 30.

Kasab was convicted for killing 166 persons with nine other accomplices of LeT on November 26, 2008 at variousplaces in Mumbai. The court asked lawyers Amin Solkar and Farhana Shah to expedite filing of Kasab's appeal against the death sentence. The judges said they would fix the schedule for day-to-day hearing of these matters -- confirmation of death sentence and the appeals -- on August 30. 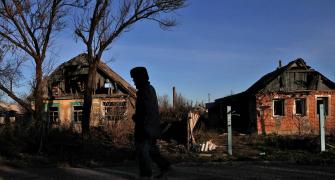