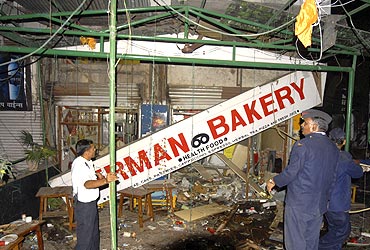 Why does the home ministry Web site not list the Indian Mujahideen as an outlawed organisation?

Has the IM, which has been accused of masterminding bomb blasts in recent years, not been outlawed yet? Vicky Nanjappa finds out.

The Indian Mujahideen, an off-shoot of the Students Islamic Movement of India, was banned in June after the Union home ministry received ample evidence against it from security agencies from across the country. But IM still does not feature in the list of 34 banned outfits on the home ministry Web site.

When a source at the home ministry was asked why IM did not figure in the list of outlawed groups, he revealed there is a procedure involved.

"We had taken into account the various incidents of terror committed by this outfit and with the feedback from various police departments across the country, we had issued a notification under the Unlawful Activities Prevention Act of 1967 and imposed a ban," the source said.

"As per the procedure," he added, "we have to place this notification before a tribunal in a month's time (which has been done now). If there are any persons aggrieved with the notification, he or she may seek to challenge the same."

The list of banned organisations on the home ministry Web site was last updated on May 5, 2008.

Under the Unlawful Activities Prevention Act 1967, if any organisation or outfit has been declared unlawful by a government notification, the same shall be placed before a tribunal within 30 days of such an order.

This is done so that the tribunal can adjudicate whether there is sufficient cause for declaring the outfit as 'unlawful.'

Once it is placed before the tribunal, a show cause notice is issued within an additional 30 days so that any aggrieved party can come forward and dispute the order.

An inquiry shall then be conducted following which a final order will be passed which again can be challenged in the high court and later the Supreme Court.

The tribunal should dispose such a case within six months, only after which the same is notified in the official gazette.

Legal experts feel this is just a matter of procedure. Senior advocate Navkesh Batra said the Union government's order would come into effect once the notification is issued.

For the police to act upon such an outfit or any other association with it, it does not have to wait for the tribunal to pass an order.

What does the ban do?

Once an outfit has been declared 'unlawful' or 'outlawed' there are various implications.

Whoever continues to be a member of an association declared unlawful or takes part in meetings of this association, contributes, receives or solicits any contribution, can attract a jail term of up to 2 years.

Any person who commits a crime, abets, advises or incites any offence in association with such an outfit shall attract a jail term of up to 7 years.

Legal experts explain that such an order would help the police keep a tab on the activities of the outfit.

Any association with such an outfit is considered to be illegal. The notification also serves as a warning to the public.

Members of a banned outfit would not be able to operate bank accounts, book halls for conventions and any activity which they propose to undertake will be declared illegal.

Although the police can arrest individuals without show cause thanks to the ban, normal criminal laws would apply in such a case. The prosecution will have to prove beyond reasonable doubt the offence in order to get a conviction.

While issuing the ban, the home ministry took into account ten serial blasts in which over 500 people were killed across the country.

In the ban order, the government said the IM is an offshoot of SIMI that has links with the Lashkar-e-Tayiba and Pakistan's Inter Services Intelligence directorate.

Inclusive of the IM, there are 35 outfits which are banned in India. These include Al Qaeda, the Liberation Tigers of Tamil Eelam, Jaish-e-Mohammed, Hizbul Mujahideen, the Communist Party of India-Maoist, the United Liberation Front of Asom, Babbar Khalsa International, Deendar Anjuman, Tamil National Retrieval Troops, the Tamil Nadu Liberation Army among others.

Image: Firefighters examine the site of the bomb blast at the German Bakery in Pune on February 13, 2010. Investigators believed the Indian Mujahideen was involved in this terror attack. Photograph: Reuters 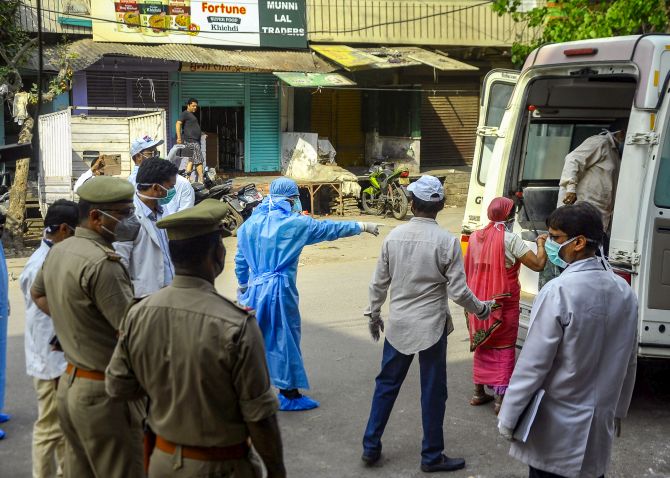