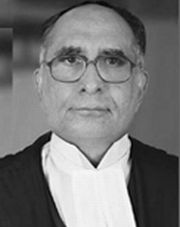 Justice Sarosh Homi Kapadia, the senior most judge of the Supreme Court and one who wants all judges to keep themselves abreast with commercial laws, was on Friday appointed as the 38th Chief Justice of India.

The 62-year-old judge will take over from incumbent Chief Justice K G Balakrishnan on May 12 and would remain at the helm of Indian Judiciary till September 29, 2012.

Justice Kapadia was associated with an historical judgement in which a five-judge Constitutional Bench had held that the law put in the Ninth Schedule was open for judicial review.

Kapadia's deep knowledge on wide ranging issues, particularly tax laws, has earned him accolades from the Bench and the Bar in equal measure.

Justice Kapadia, who is known for maintaining strict judicial discipline, assumes the office at a crucial time when Indian judiciary is hit by corruption controversy and perceived failure of in-house mechanism on appointment and elevation of judges.

For the judge, who during his tenure in the apex court since December 18, 2003 had been associated with 771 judgments, his 28-month term as the CJI would be a challenging one against the backdrop of the need to reduce the mounting pendency of the cases not only in the top court but in High Courts and trial courts.

The issue assumes importance as the Delhi High Court had dismisssed the stand of Justice Balakrishnan after which the Supreme Court Registry appealed to the apex court.

Justice Kapadia's Warrant of Appointment, signed by President Pratibha Patil, has been sent to the Supreme Court registry, official sources said. As per laid down norms under the Memorandum of Procedure which governs appointment of members of the higher judiciary, Balakrishnan had earlier this month recommended the name of Kapadia to succeed him as the CJI.

Born in September 29, 1947, Kapadia enrolled as an advocate in September, 1974. Appointed as an Additional Judge of the Bombay High Court in October 1991, Kapadia was elevated as a Permanent Judge in the same High Court in March 1993.

Justice Kapadia, who has been member of 13 Constitution Benches (which has pronounced verdicts) in last six years, was also been in the midst of controversies when it was alleged late last year that he was hearing matters in which he had conflict of interest.

To keep himself away from such allegations, he withdrew himself from hearing a matter of London-based Vedanta Resources as he happened to be shareholder of its sister company.

He was earlier part of the Special Forest Bench which had heard a petition challenging mining in Niyamgiri hills in Orissa by Sterlite Industries though he had disclosed in the beginning he was a shareholder of the Vedanta group company.

Keeping aside these controversies, Justice Kapadia delivered some landmark judgements which included a decision relating to succession of property in April 30, 2005 in which he ruled out the possibility of conducting the DNA test.

Among the important judgements authored by him was one relating to reservation for Scheduled Castes and Scheduled Tribes in promotion in government jobs (the Nagaraj case) in which it was unanimously held that the ceiling limit of 50 per cent has to be adhered. He was also part of the three-member Bench which decided income tax case of RJD chief Lalu Prasad.

The verdict went in favour of Prasad but Justice Kapadia gave a dissenting judgement saying the Income Tax Department should have filed an appeal against the ITAT order.

Before being appointed as the judge of the Bombay High Court in 1991, Justice Kapadia practised in the High Court since 1974 and represented the Maharashtra Government and several Public Sector Undertakings.

As a judge of the Bombay High Court, Justice Kapadia decided important matters under PIL pertaining to CRZ, financial matters under RBI and Banking Regulation Act and matters concerning the Constitutional validity of the 74th Amendment Act of 1992 dealing with Municipalities.

He was appointed as Chief Justice of the Uttaranchal High Court on August 5, 2003 where he served for almost three-and-half months.

Delhi prof, held for post on 'Shivling', gets bail