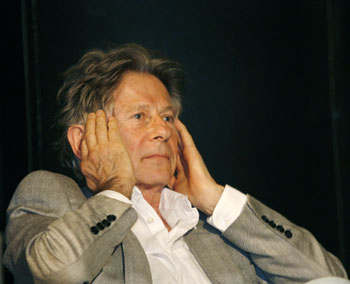 Roman Polanski, the Oscar-winning director, has been detained in Switzerland on a warrant that was issued in 1978 in the United States.

Emerging reports indicated Switzerland would extradite Polanski to the US. Polanski  who now lives in Paris -- fled America more than 30 years ago after pleading guilty to having sex with a 13-year-old girl.

Reports said Polanski  who was in the country to attend the Zurich film festival-- is being questioned by the Swiss authorities.

Security officers, said a report in Telegraph, took him to custody after raiding the hotel he was staying in

Polanksi was awarded the 2002-03 best director Oscar for The Pianist.

I am grateful to the people of India, says PM