Source: PTI
September 13, 2009 20:05 IST
A Chinese military expert has accused India of "violating" Beijing's diplomatic rights and "spying" on its military ware while inspecting the cargo plane of the United Arab Emirates air force which was detained in Kolkata.

"The actions by Indian authorities violated diplomatic rights as the cargo on board belong to China," Dai Xu, a renowned military expert, said.

"Any inspection onboard, which may have violated China's property rights and constituted spying on its military secrets, should be approved by both the UAE and China," Dai was quoted as saying by the state-run Global Times.

It also quoted an unnamed military source as telling the paper, a sister publication of the ruling Communist Party's mouthpiece, The People's Daily, that the UAE airplane, a C-130 Hercules, was on a mission transporting Chinese arms from an arms expo in Abu Dhabi.

India released the China-bound cargo plane on September 10, four days after it was grounded in Kolkata for not declaring the consignment of arms and ammunition it was carrying.

The 10 crew members were also interrogated. India gave the clearance after it was told by UAE authorities that its pilot had committed a "technical error" over declaring the on-board arms and ammunition for which they expressed regret.

Source: PTI© Copyright 2022 PTI. All rights reserved. Republication or redistribution of PTI content, including by framing or similar means, is expressly prohibited without the prior written consent.
Related News: UAE, Dai Xu, India, The People's Daily, China
Print this article 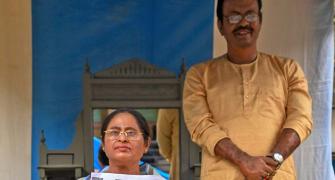