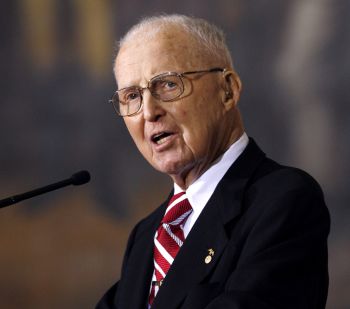 Nobel Peace Prize winner US scientist and one of the main architects of India's first green revolution Norman Borlaug died in Texas on Saturday. He was 95.

Borlaug was suffering from cancer complications and died at around 11 pm on Saturday night at his home in Dallas.

Borlaug was awarded the prestigious Padma Vibhushan in 2006 for his unparalleled contributions to green revolution. Borlaug was also awarded the Nobel Peace Prize in 1970.

Between 1965 and 1970 wheat yeilds nearly doubled in Pakistan and India marking the 'green revolution,' and greatly improving the food security. Borlaug is often credited with saving over a billion people from starvation.

US to fete Father of Green Revolution