Pakistan has moved one step closer to receiving massive American economic and military largesse -- reminiscent of the billions of dollars it received during the Reagan and George W Bush Administrations when military dictators Mohammad Zia-ul Haq and Pervez Musharraf respectively were in charge -- to the tune of $1.5 billion annually over five years, when the Senate-Lugar aid bill steamrolled through the powerful Senate Foreign Relations Committee by a vote of 16-0.

The bill authored by Senators John F Kerry and Richard Lugar, known as the Enhanced Partnership with Pakistan Act of 2009, encountered no opposition at all from any of the members and now goes to the full Senate for a vote, after which the House bill authored by Congressman Howard Berman, chairman of the Foreign Affairs Committee, and this bill will be reconciled in conference committee before a final vote and then signature by President Obama.

The bill was first introduced early last year by then Senator and now Vice President Joe Biden, who was at the time chairman of the Foreign Relations Committee and Lugar to provide Pakistan with this aid package over the next five years aimed at preventing the total collapse and implosion of that country.

After Biden joined the Obama presidential campaign as then Senator Obama's running mate and the Obama-Biden ticket was elected, Kerry took over the reins of the Committee and along with Lugar re-introduced the bill, which had the full backing of the Obama Administration, since it was shorn of any stringent conditions that Berman's original House bill had.

But then the administration and the pro-Pakistan lobby hammered away at Berman's bill and watered it down to a veritable clone of the Kerry-Lugar bill and that bill was easily adopted first by the Foreign Affairs Committee and the full House last month, assuring that this massive aid package to Pakistan is now a formality.

The Kerry-Lugar bill, as does the Berman bill, calls for the tripling of US aid to Pakistan to $1.5 billion annually over five years(fiscal years 2009-2013) "as a long-term pledge to the people of Pakistan." It also advocates an additional $7.5 billion over the subsequent years.

Kerry, after he and Lugar first introduced the bill, asked if this American largesse would help save to stabilize the government of President Asif Ali Zardari and the acute domestic financial crisis in Pakistan, said, "We have lost a lot of time."

But he argued that the assistance would be a clear sign to the Pakistani people of America's long-time commitment to Pakistan and that this time around it would not forsake them and their country once Washington completes fighting its war on terror of which Islamabad is a key ally."

"This legislation is the first time we have made a longer-term commitment," he said, and added: "While governments may change, I don't believe the country itself is about to fall apart."

According to a summary of the legislation, it aims "to transform the relationship between the US and Pakistan, instead of a transactional, tactically-driven set of short-terms exercises in crisis-management," into building a "deeper, broader, long-term strategic engagement with the people -- and not just the leaders -- of this vitally important nation."

The summary said, "Over the years, US assistance to Pakistan has fluctuated with political events, sending mixed messages and leading most Pakistanis to question both our intentions and our staying power. Today, most Pakistanis believe the United States will cut and run when it serves our purpose, a belief which undermines our long-term efforts to defeat extremists, foster democratic change, and support transparent and accountable institutions that promote security and stability in Pakistan."

"The status quo is not working," it said, and argued that "the United States believes it is paying too much and getting too little -- and most Pakistanis believe exactly the opposite."

Thus, if there is no change of this baseline, according to the legislation, "there is little likelihood of drying up popular tolerance for anti-US terrorist groups or persuading Pakistani leaders to devote the political and capital necessary to deny such groups sanctuary and covert material support." 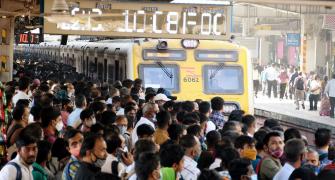 US bill seeks to triple aid to Pakistan

US: Panel okays disputed bill on aid to Pakistan