After facing flak over recent accidents claiming six lives, Delhi Metro has come under attack from the Comptroller and Auditor General which raised questions on its accountability and blamed the government for "deliberately" delaying tabling of the report in Parliament.

The CAG report for 2007 also accused the Metro of compromising quality control procedures on the request of contractors and found that testing requirements were scaled down in four contracts as the projects were behind schedule. "Audit analysis of quality control indicated scaling down of testing requirements, non-witnessing of tests by the company's representatives, testing of material in non-accredited laboratories and non-preservation of test reports.

Testing requirements were scaled down in four contracts as these contracts were running behind the schedule, the
report said adding that the company representatives were not present at tests conducted by contractors. Deputy CAG A N Chaturvedi said "in order to hasten projects, quality control procedures were relaxed deliberately at the request of contractors.

"If these reports have been presented before Parliament in time, it would have been better as some of which have clear
and direct linkage of what we are witnessing today," Chaturvedi told reporters in a veiled reference to Sunday's mishap in Jamrudpur. He also said the government "deliberately delayed the tabling on one pretext or other" after the auditor submitted
it to government.

Chaturvedi also said the Union Urban Development Ministry returned the report, which was submitted to the government in
July last year, in May this year. He said it was "unconstitutional" as CAG was a body working independent of the legislature and the executive. On accountability, the CAG said under the unique administrative model evolved by the Government, the DMRC has not been put under the direct control of any administrative ministry.

"This model presents ambiguity relating to the issues of coordination and control by the executive government and the
proper forum for legislative accountability. There were also no independent directors on the Board of Directors of the
company," the CAG report said. Chaturvedi said nobody knows to whom Delhi Metro is answerable. "All of us share the public impression about the managerial capability and integrity of E Sreedharan...But the question is about a standard corporate pattern which could fix accountability beyond the CEO," he said.

The report also noted that tests conducted by contractors were accepted without being witnessed by Metro officials. The
Metro also did not preserve the test reports.The CAG said there was a shortfall in the ridership ofthe system which was mainly due to higher fare structure, lack of proper connectivity and lack of feeder bus system.

Source: PTI© Copyright 2021 PTI. All rights reserved. Republication or redistribution of PTI content, including by framing or similar means, is expressly prohibited without the prior written consent.
Related News: Chaturvedi, Delhi Metro, Union Urban Development Ministry, Board of Directors, Parliament
Print this article 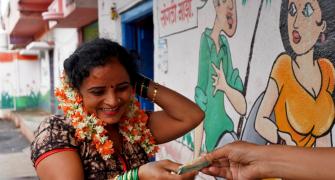 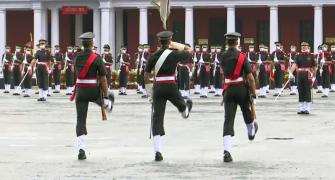