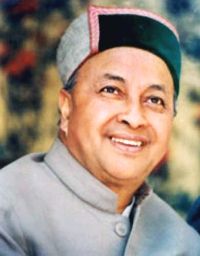 Union Steel minister Virbhadra Singh and his wife have been booked in a two-year- old corruption case by the Himachal Pradesh vigilance bureau, triggering an angry response from the veteran Congress leader who saw it as an act of political vendetta by the Bharatiya Janata Party regime.

After getting state government's approval, an FIR was registered under various sections of the Prevention of Corruption Act, 1988 last night against Singh and his wife, Pratibha, D S Manhas, Director General of the State Vigilance and Anti-Corruption Bureau, said on Tuesday.

The sections relate to misuse of official position and criminal misconduct. "The FIR is a cheap gimmick which shall collapse under its own weight. It is another desperate move to damage me and the Congress party through false and baseless accusations and unscrupulous vilification," Singh said in New Delhi adding it was an act of political vendetta against him by the BJP government in the state.

The case has been registered on the complaint of a retired IAS officer S M Katwal on the basis of an audio CD released by former HP minister Vijay Singh Mankotia in 2007 claiming that it contained the voice of Singh and his wife talking to a retired bureaucrat Mohinder Lal (who has since died) about alleged corruption, a release from the state vigilance bureau said

As part of investigation, the CD was sent to CFSL laboratory for examination which confirmed voice of Singh and his wife in the CD, sources in the state vigilance said.

Singh, who has served as CM of the hill state for five times in the past before moving to the Centre, firmly ruled out stepping down.

"There is no no question of my resignation," he told PTI.

Manhas said the FIR was lodged against Singh and Pratibha Singh, a former MP, after getting permission from the state home and law departments.

Mankotia, who served as a minister in Singh's previous government in HP (2003-2007) but was later dropped on the ground of pruning of the state cabinet, had released an audio CD on the eve of by-election to Hamirpur Lok Sabha seat in July 2007.

He claimed that the duo were talking to Mohinder Lal, former IAS officer, seeking bribe. The CD issue figured prominently in the by-poll at that time which was won by Prem Kumar Dhumal, who later became Chief Minister, by a margin of 80,000 votes.

Singh, who won the recent Parliamentary election from Mandi seat, said, "The so called CD has been in the air for more than two years. If such CD in fact exists it is certainly an excuse in fabrication and doctoring."

The minister said he had aleady filed a criminal complaint against Mankotia, who initially released the CD at a press conference at Dharamshala in May, 2007.

Mankotia was summoned by the Chief Judicial Magistrate, Shimla, where the matter is pending. Singh alleged that said the "mischief" has been done at the behest of Dhumal in view of the impending by-election to the two assembly seats in the state that includes Rohroo, his stronghold in Shimla district.

Another seat is from Jwali in Kangra district which fell vacant after the resignation of BJP's Rajan Sushant who won the Lok Sabha seat from the district.

"The desperate act of the state government is nothing but an act of political vendetta. The first time this CD was released, Dhumal was going to contest the Lok Sabha elections in 2007. Now the Vidhan Sabha byelections are imminent. It seems the BJP remembers this CD only before elections", he said.

Hitting out at Dhumal, Singh, who won his first Parliamentary election in 1962 and since than has won Lok Sabha election five times, said he had tried to "politically nail him" during his (Dhumal's) previous tenure (1998-2003) also.

"Dhumal at that time had levelled 24 charges of corruption against me and had recommended the matter to the CBI. But CBI gave me clean chit in all the cases," Singh said asserting the latest FIR would also fall through.

Image: It's an act of political vandetta by BJP, says Virbhadra Singh (in the pic)