'KCR has let Telangana down in a big way' 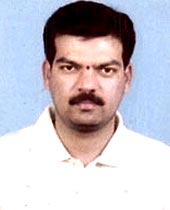 The Telangana movement is on the boil again and on Saturday saw one of the biggest lows of the movement when a student self immolated himself.

It appears that this movement is likely to intensify and people who are part of the movement say that such incidents will only rise as long as the government tries to scuttle their cause for a separate state.

The entire focus is on the Student's Joint Action Committee that is spearheading the movement. It is clear now that the students will play the larger role in the movement, as they appear to have lost faith in their leaders who have been promising action since quite some time now.

Dr Sangam Prithviraj, chief of the Student's Telangana Joint Action Committee is very disturbed with the manner in which the police have been treating the students.

In this interview with rediff.com's Vicky Nanjappa, he discusses the next course of action and also says that today he is ashamed to live in a country that has no value for human life.

It has gone from bad to worse. The violence is rising and nothing seems to be done about it.

First and foremost try and understand why the violence is rising. Are we to blame here? This is a democracy and we have the right to demand and protest. Our protest is legal and justified and we were seeking for Telangana on a peaceful note. It is the police that have stepped up the heat.

Today a student self immolated himself and there are reports that he succumbed to burn injuries. Is all this necessary?

It is not. But that student was frustrated and depressed that he was being continuously barred from protesting legally. I feel extremely sorry that this has happened and my thoughts are with his family. We shall be soon meeting with the family members. What was his fault? He was taking part in the Chalo Assembly movement and he was stopped. How much can someone be stopped? Why are the police behaving this way?

But again, is violence the only answer to all this?

We were not being violent. You must have heard that since the past several days the manner in which the police have been treating us. Repeated lathi charges and even the girls who were protesting were not spared. Rubber pellets have been fired on the girls and policemen have dragged them by their hair. Are we supposed to sit quiet and watch all this?

You so easily question me about the violence, but do you once think what problems the students must be facing or the rights that they have been deprived off? The other students watching their fellow students being treated this way will only get hurt. This has led to such a drastic step such as self-immolation.

Why have the police been so barbaric?

They are only following the orders of the government. The government had shaken up completely after seeing the second leg of our movement. They thought by instituting committees and by giving false assurances they could scuttle the movement or ensure that it died down, but they were wrong. All these false assurances and delaying tactics by the leaders have only made us more determined to further our cause.

What is the political situation at the moment? I mean the stand of the parties.

The situation and the reality is that they are trying to crush the movement. (Telangana Rashtra Samithi chief) K Chandrashekar Rao let us down in a big way. The Congress as usual is dilly-dallying and the Bharatiya Janata Party, which we thought would support us, has played a double game. There are two BJP leaders from the Telangana region. Only one has resigned. It is clear that they are playing a game.

What is the next course of action?

We have a series of meetings lined up. We will intensify our protests for sure. We will not stop until separate Telangana state is formed. However, the first step would be to pressurize political parties more so that their leaders quit. They will not be successful in the game that they are playing.

Is peace on the anvil?

We all want peace. But it is the police that resorted to force. It is common knowledge that there is equal and opposite reaction to every action. The police may be just following orders. I am sure they don't even understand the problems that we are facing.

Can you tell me more about what you are planning in the coming days?

What do the students have to say about the use of such force on them?

They are hurt, they are shocked and they are depressed. Like me, they all say in one voice that they will not settle for anything less than Telangana state. I must add here, that after seeing the manner in which the Andhra Pradesh government has behaved, today I feel ashamed to live in a country that has no value for life.

'BCG vaccine can be a gamechanger against COVID-19'

Down with COVID-19, UK PM spends 2nd night in ICU