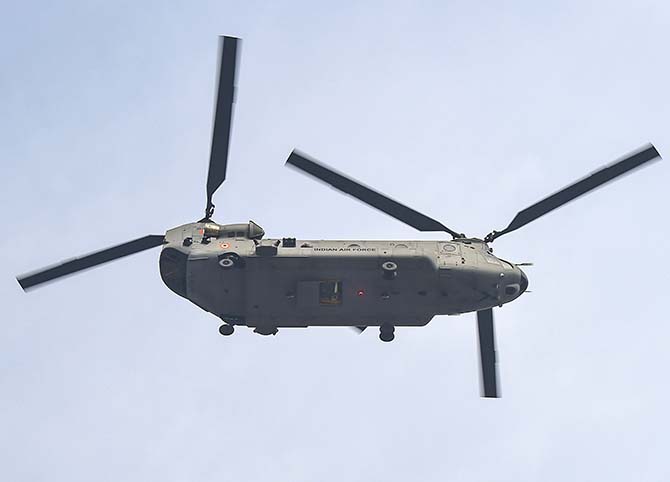 From a contingent of women bikers of CRPF performing daredevil stunts and participation of a 'tri-service formation' at the Republic Day parade, to Prime Minister Narendra Modi paying homage to the fallen soldiers at National War Memorial, the Republic Day celebration at the national capital today would witness many firsts.
Marching for the first time in the Republic Day parade will be the contingent of the Corps of Army Air Defence. It will be followed by the Combined Band of Bengal Engineers Group and Centre, Brigade of Guards Training Centre, 3 Electronics and Mechanical Engineers Centre and Madras Regimental Centre.
Anti-Satellite Weapons from Mission Shakti, the Dhanush artillery, the newly-inducted Chinook heavy lift and Apache attack choppers would be at display for the first time during the parade at the majestic Rajpath.
In a first, a contingent of women bikers of CRPF will perform daredevil stunts. The contingent will be led by Inspector Seema Nag, who will be seen saluting while standing atop a moving motorcycle. It is for the first time that a "Tri-service formation" is taking part in the Republic Day parade. It will be followed by the `Vic` formation of Chinook helicopters, used for airlifting diverse loads to remote locations.
Breaking from the tradition, Prime Minister Modi will pay homage to the fallen soldiers at the newly built National War Memorial at the India Gate, instead of Amar Jawan Jyoti, here on Sunday morning prior to participating in the 71st Republic Day celebrations.
« Back to LIVE