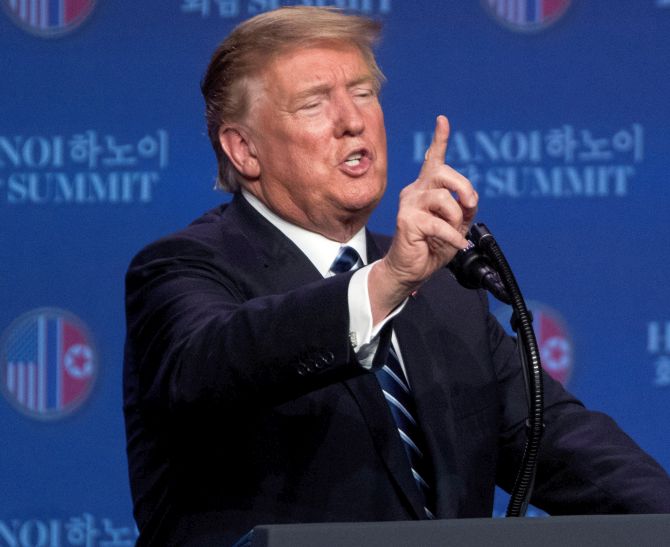 The US Senate is likely to begin the impeachment trial against Donald Trump on January 21 after the House of Representatives last month impeached him for pressuring Ukraine to investigate a political rival, a top Republican Senator has said.
The 435-member House of Representatives, where Democrats enjoy a majority, last month charged Trump with high crimes and misdemeanours" and impeached in vote that was based on bitter political divide.
Now, the 100-member Senate, where the Republicans are in majority, needs to put Trump on trial before he can be removed from the White House.
After holding it on for weeks, House Speaker Nancy Pelosi is expected to send its impeachment to the Senate sometime this week and that could be as early as Tuesday.
The impeachment in the Senate is unlikely to pass through given that GOP has majority in the 100-member Senate.
Top Republican Senator John Cornyn, who is also Co-Chair of the Senate India Caucus, on Monday told reporters that the Senate is likely to start the impeachment trial next Tuesday, January 21.
Tuesday (January 21) is what it's feeling like, he said.
"We'd actually be glued to our chair starting Tuesday, I think," he said in response to a question.
-- PTI
« Back to LIVE