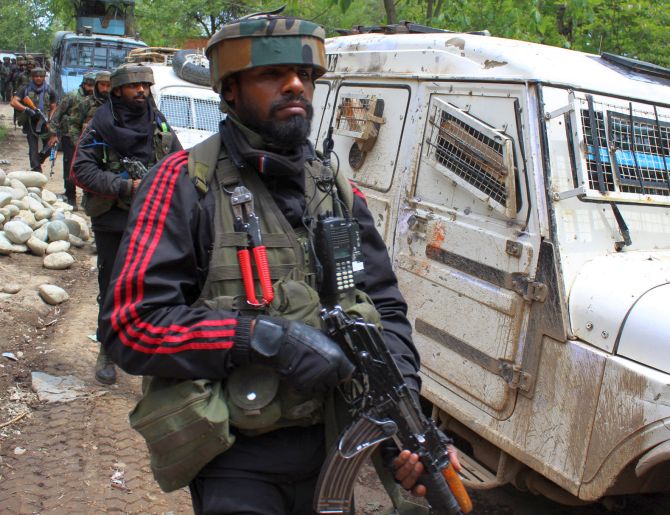 A top-ranking Lashkar-e-Toiba terrorist, Asif, has been neutralised in an encounter in Sopore, Jammu and Kashmir, say police. The LeT terrorist was responsible for the recent attack on the family of a fruit trader in Sopore, which left three members of the family injured and including a young girl, Asma Jan.
Asif was also responsible for shooting at a migrant labourer Shafi Alam in Sopore.
Two police personnel were injured in the encounter.
« Back to LIVE

Grofers to hire 10,000 people to speed up deliveries

Online grocery platform Grofers is looking at hiring 10,000 people for its warehouses and last-mile delivery to clear pending orders quickly and meet the spike in orders on account of the nationwide lockdown. "We are looking to hire...

Action against the foreign Tablighi Jamaat members were taken after over 2,300 activists, including 250 foreigners of the Islamic organisation were found to be living at its headquarters located at Delhi's Nizamuddin despite the 21-day...

How informed are you about the coronavirus outbreak? How many of these 10 questions can you get right?