« Back
In Case Against Shehla Rashid, a Glimpse Into Centre's Approach to Kashmir Crisis
September 11, 2019  10:58 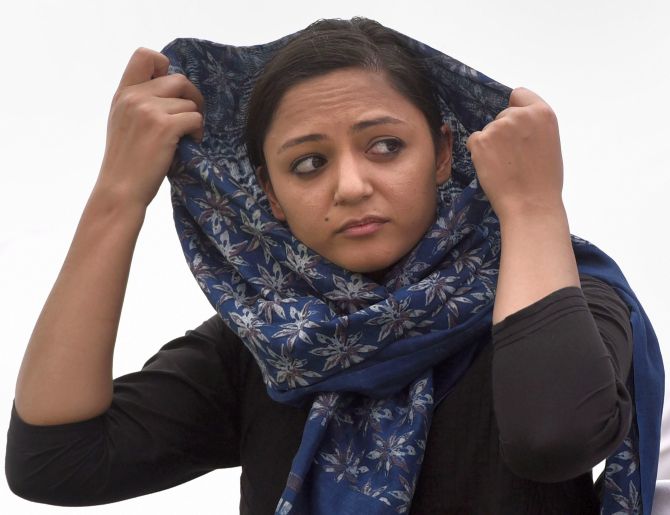 The widespread use of fear and intimidation, having rammed through a particular vision of India -- 37 days and counting '" must be called out at every twist and sordid turn.
Shehla Rashid Shora has been a voice of sobriety. Her stand, nuanced and even-handed. I trust what she says while rubbishing the blatantly engineered reports that masquerade as news. That a series of tweets from this 20-something activist sends the mighty Indian state burrowing into the IPC is as pathetic as it is indefensible. This is the action of a haughty, unconfident state that routinely settles upon the softest of targets to reiterate a misplaced sense of omnipotence. It does so at the cost of its dignity and credibility.
Read the column here.
« Back to LIVE

10 Ways to Survive the Lockdown

Sreehari Nair lists some movies, documentaries, recorded-performance films, and literature and music suggestions that might help.

Losing your mind to COVID-19? 7 tips to stay FIT

Remind yourself that if you follow the rules and take care, you will be safe, says Dr Vivek Chandel.

News viewership was the biggest gainer during the first full week of lockdown, growing 298 per cent versus the pre-COVID period between January 11 and 31. Ramayana, whose rerun has begun on Doordarshan, was the top-rated show on...