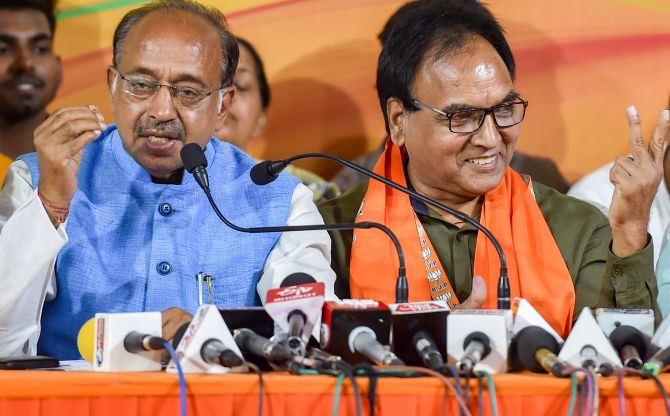 With many politicians switching sides and migrating to rival political parties in a bid to stay in power, Shiv Sena MP Raut on Wednesday advised such leaders to not join BJP-Sena alliance only to become MPs or MLAs.
He said leaders joining the NDA bandwagon should first endorse the Hindutva ideology and then join the alliance.
"The leaders who are planning to join us should come up with the full acceptance of the ideology of Hindutva. This is because our doors are not open for people who only want to become an MP, MLA or minister. We want the expansion of Hindutva ideology in both the country and the state. Therefore, if they join with a similar thought, then we shall welcome them wholeheartedly", he told ANI.
Raut strongly mooted that the leaders who are quitting their parties to join the BJP-Shivsena alliance should not join them just for the sake of acquiring any ministerial status.
"We want the opposition to stay strong but what can be done when they could not save their own leaders like Urmila Matondkar, Kirpashankar Singh", he added.
Meanwhile, several leaders from the Congress and NCP have joined BJP-Shiv Sena alliance following the state elections which are slated for October and November this year. -- ANI
Image: Aam Aadmi Party MLA from Gandhi Nagar Anil Bajpai joined the BJP in May ahead of the Lok Sabha polls.
« Back to LIVE