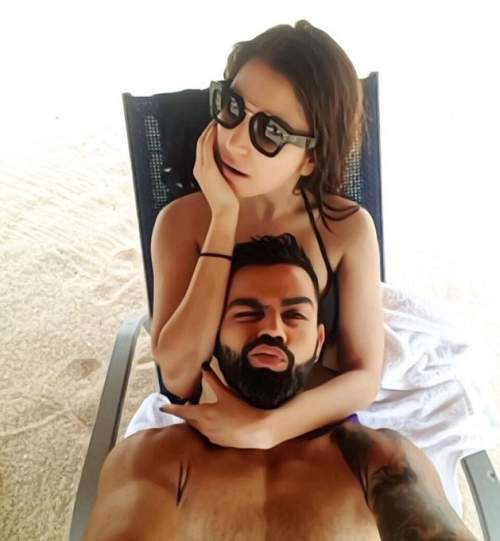 As soon as India skipper Virat Kohli posted a picture with wife and Bollywood actor Anushka Sharma, netizens swarmed his account and termed the couple a 'definition of true love'.
In the picture, both Kohli and Anushka are seen spending quality time on what appears to be a beach. The 'NH-10' actor is sporting thick-rimmed black sunglasses with a bikini top of the same colour, while the skipper showed off his tattoos as he posed shirtless.
"VIRUSHKA is the DEFINITION of TRUE LOVE. People are truly lucky who have followed them since 2013 when virushka started dating. To be 100% involved in the world, still be ABSOLUTELY DETACHED from it & have pure love for each other is legendary, RESPECT for both," one Twitter user wrote.
"King and queen," one user commented."love u both huge fan on Anushka acting and a huge fan of you are on the field," another user tweeted."God bless u both," one Twitter user wrote. Earlier this month, Kohli surpassed MS Dhoni to become the most successful Indian Test captain. -- ANI
« Back to LIVE