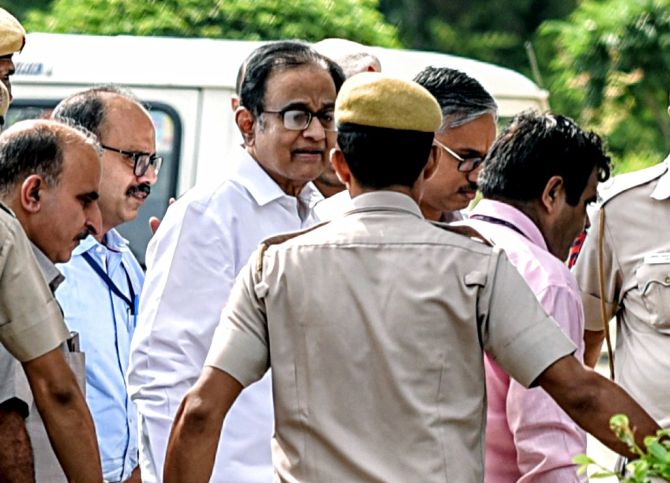 Former Union Minister P Chidambaram may be in Tihar Jail but that hasn't stopped him from being active on Twitter.
The veteran Congress leader, who referred to "officers who processed and recommended" the CBI and Enforcement Directorate case against him in a tweet on Monday, said he was "deeply concerned about the economy" in a message posted on his official account this morning.
"I am deeply concerned about the economy. The poor are the worst affected. Lower incomes, fewer jobs, less trade and lower investment affect the poor and the middle class. Where is the plan to get the country out of this decline and gloom?" the former home and finance minister's tweet read.
The former minister also thanked his followers for their support and said he was "amazed by the capacity of the poor to distinguish between justice and injustice".
Chidambaram, 73, was sent to Tihar Jail on September 5 by a Delhi court after his 14-day CBI custody in the INX Media case ended. He has moved the Delhi high court seeking bail in the matter.
His comments on the economy echoed those made by former Prime Minister Manmohan Singh, who blamed "all-round mismanagement" by the centre for the condition of the economy.
« Back to LIVE