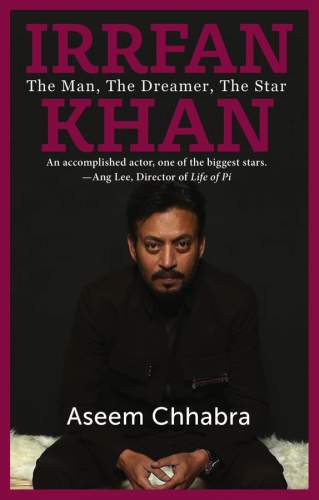 Writer and occasional contributor for Rediff.com, Aseem Chhabra has just scored a hat-trick with his biography on the reclusive actor, Irrfan Khan.
Chhabra, the author of biographies -- Shashi Kapoor: The Householder, the Star and  Priyanka Chopra: The Incredible Story of a Global Bollywood Star, quietly announced the arrival of the tome on Twitter saying, "So now I can share. A new biography. Release date is first week of January. #IrrfanKhan." The book is called Irrfan Khan, the man, the dreamer, the star.
Khan's Angrezi Medium, a sequel to 2017 hit comedy-drama Hindi Medium, is his comeback film after he was diagnosed with a neuroendocrine tumour and underwent treatment in the UK.
Great start to the new year for fans -- of his writing and the actor.
« Back to LIVE