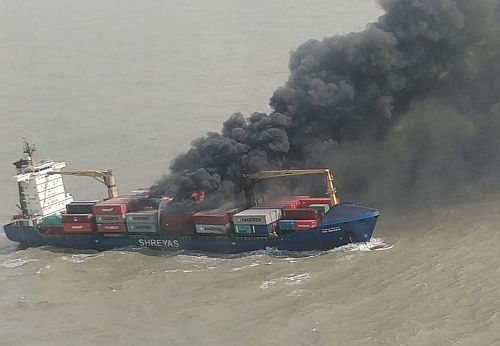 The Coast Guard today rescued all 22 crew members of a domestic container ship that caught fire near Sandheads in the Bay of Bengal at around midnight, a senior official said.


The container vessel named 'MV SSL Kolkata' caught fire and went adrift about 55 nautical miles from Sandheads anchorage near the confluence of the Bay of Bengal and the Hooghly river.


All the 22 crew members were rescued by the Coast Guard this morning amid rough sea and inclement weather, Coast Guard Commander (NE) Inspector General K S Sheoran said. A Coast Guard ship and one of its Dornier Aircraft were despatched from its base at Haldia Port which reached the ship early this morning, Sheoran said.  -- PTI
« Back to LIVE