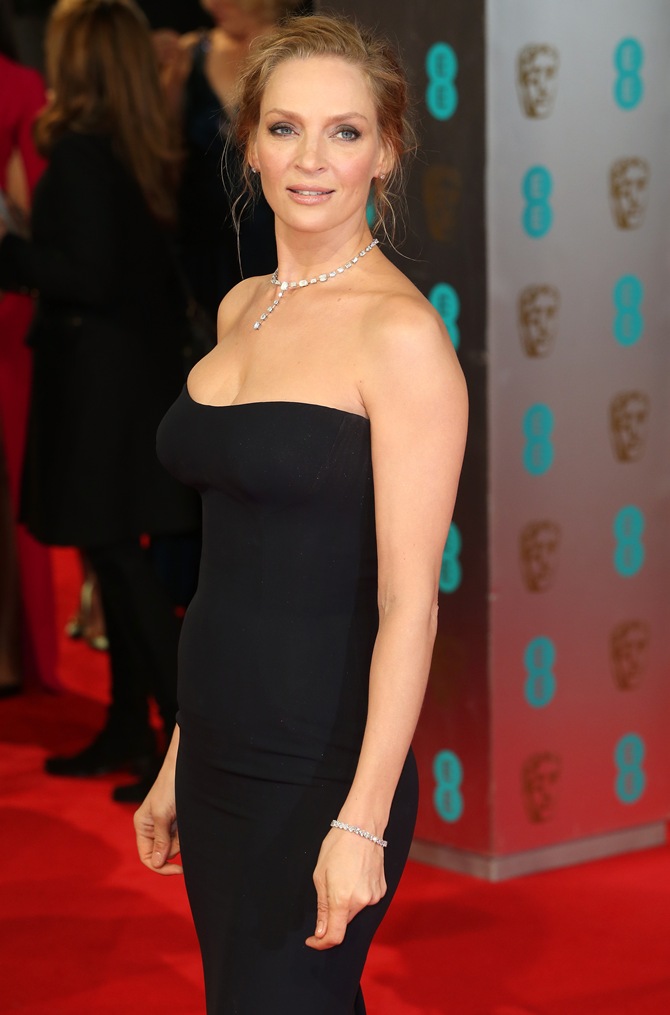 Uma Thurman is spreading the holiday spirit to everyone, except to Harvey Weinstein and his "wicked conspirators".
The 47-year-old actress, who recently appeared to demonstrate extreme self-restraint when asked her thoughts on women speaking out against harassment, took to her Instagram page to reveal that she's getting closer to having her say.
"Happy Thanksgiving! I am grateful today, to be alive, for all those I love, and for all those who have the courage to stand up for others," the 'Kill Bill' star began her post.
"I said I was angry recently, and I have a few reasons, #metoo, in case you couldn't tell by the look on my face. I feel it's important to take your time, be fair, be exact, so," she added.
Thurman continued: "Happy Thanksgiving Everyone! (Except you Harvey, and all your wicked conspirators - I'm glad it's going slowly -You don't deserve a bullet) - stay tuned," Uma concluded.
The post was attached with a still photograph of Thurman in 'Kill Bill: Volume 2,' a film produced by Miramax -- the company Weinstein founded.
Thurman has worked several times with Weinstein, including on her Oscar-nominated breakout role in Quentin Tarantino's 1994 film 'Pulp Fiction.'
She also starred in 'Beautiful Girls' and 'Burnt,' two films that were distributed by Weinstein-owned companies.
-- ANI
« Back to LIVE