Pakistan President Asif Ali Zardari is spending most of his time trying to win international support against terrorism by visiting world capitals. His summit with European Union President Vaclav Klaus of Czech Republic and a visit to NATO headquarter in Brussels on Thursday was a major effort to convince the international community that Pakistan is very much serious about defeating terrorism. No doubt those world leaders from Washington to London and Moscow to Brussels have said very good words for President Zardari and Pakistan but most of them are still cautious.

President Zardari is losing political support very fast not only in public but also in Parliament. A federal minister from the Muttahida Quami Movement walked out from the National Assembly on Friday protesting the long power breakdowns in Karachi. Two ministers belonging to another ally party Jamiat Ulema-e-Islam (Fazal-ur-Rehman group) are openly opposing the military operation in Swat and South Wazirastan.

A majority of the people of Pakistan supported the latest offensive against the Taliban in Swat valley. This offensive displaced about 3.5 million people. More than five weeks have passed and the operation is not yet complete. President Zardari ordered another operation against Taliban leader Baitullah Mehsud in South Wazirastan. A majority of the Pakistanis would definitely support any decisive action against Mehsud but there is an impression now that the Zardari government does not have a smart plan to defeat the Taliban in the tribal areas bordering Afghanistan.

The government did not take parliament into confidence before army operations in Swat and South Wazirastan. Main opposition parties in the National Assembly including the PML-N of Nawaz Sharif supported the operation in Swat but now they have serious reservations on the strategy in South Wazirastan. Sharif held long meetings with his parliamentarians in Islamabad recently and finally decided to ask tough questions regarding the operation in South Wazirastan. He is not happy with the US drone attacks in South Wazirastan and he also has serious reservations on the role of a pro-government militant leader Qari Zainuddin Mehsud. He is now likely to come out publicly against both the US policies and President Zardari in the next few days.

The sudden projection and tall claims in the media by Qari Zainuddin Mehsud have created many questions and set off panic in political circles and diplomatic circles of Islamabad. In some recent interviews, Qari Zainuddin Mehsud and his deputy Haji Turkistan alleged that Mehsud is an American and Indian agent, that he killed Benazir Bhutto and the real jihad is going on in Afghanistan not in Pakistan.

Many diplomats contacted officials in the foreign office and the interior ministry and in the media for some answers. Diplomats from Western countries were mainly confused on the claim made by Qari Zainuddin and Haji Turkastani that Baitullah Mehsud is an American agent and he killed Benazir Bhutto. These diplomats were asking that if Mehsud was involved in the assassination of Benazir Bhutto does it mean that American authorities were also involved in that conspiracy. No government official had any answer for that question.

Another question by an East European diplomat to a foreign office official was that on one side President Zardari visited the NATO headquarters and the same day the Pakistani establishment allowed Qari Zainuddin to speak with the media openly on jihad against NATO troops in Afghanistan.

Qari Zainuddin claimed in his interview that he developed differences with Baitullah Mehsud after the death of Abdullah Mehsud. He never explained the real differences in any interview. The story of the real differences between the two is full of allegations and revelations. According to some sources very close to Qari Zainuddin, the Pakistani establishment wanted to kill Abdullah Mehsud because he was involved in the kidnapping of two Chinese engineers in 2005. Pakistani establishment hired the services of Baitullah Mehsud in 2005 against the one legged militant Abdullah Mehsud who spent 23 months in Guantanamo Bay. Baitullah signed the first peace agreement with the establishment in February 2005 which ended in July 2005. He reached another agreement immediately after the killing of Abdullah Mehsud in 2007. Then President Pervez Musharraf released 36 militants in exchange of 200 soldiers the day he imposed emergency in Pakistan on November 3, 2007. Abdullah Mehsud started his anti-Pakistan army activities after the killing of his colleague Nek Muhammad in 2004 but he was more focused against NATO forces in Afghanistan.

Abdullah was finally killed on July 24, 2007 in the Zhob area of Baluchistan. Close aides alleged that Baitullah helped security forces in hunting down the one-legged militant who was returning from Afghanistan. The Pakistan Army claimed that Abdullah was killed after a long gun battle. One Masoodur Rehman Mehsud alleged that Baitullah Mehsud actually provided information to the army about the location of Abdullah Mehsud but later denied that charge. Baitullah Mehsud then killed Masoodur Rehman Mehsud through a remote control bomb in South Wazirastan. Qari Zainuddin Mehsud was the elder son of slain militant and decided to take the revenge. He is heading the Abdullah Mehsud Group in the Taliban and promised to take revenge against Baitullah in July 2008 through a letter circulated to the media. He is a former Khasadar (member of the tribal police) and active in Shakai and Jandola area of South Wazirastan. Intrestingly a powerful Taliban leader Maulvi Nazir is secretly supporting Qari Zainuddin and the areas of Maulvi Nazir were once again were targeted by US drones on Friday.

Not a single US drone has fired on Baitullah Mehsud and that is the reason many people say that Baitullah is an American agent and US is actually playing a double game with Pakistan. Many in US think otherwise. They accuse that Pakistan is playing a double game by supporting a militant like Qari Zainuddin Mehsud who is pro-Pakistan but anti-US.

Qari Zainuddin killed the younger brother of Baitullah Mehsud, Yahya on October 27, 2008 in the Bannu area. In retaliation Baitullah killed a close aide of Qari Zainuddin Muhammad Yousaf on October 29 in the Tank area. More than 95 people have been killed from both sides in last one year. Now Qari Zainuddin has become an ally of the Pakistani security forces against Baitullah Mehsud. He contacted many powerful tribal elders of the Mehsud area recently but most of them are reluctant to cooperate. These tribal elders see no difference between Baitullah and Zainuddin. They say that both are criminals. They fear that Pakistani establishment first used Baitullah against Abdullah, now they are using Zainuddin against Baituallah and ultimately both will be killed. They also fear that Qari Hussain will replace Baitullah as the new commander of the Taliban and Qari Hussain is more dangerous than Baitullah because he is the head of suicide squads.

Many tribal elders of Mehsud area were contacted by the political administration of South Wazirastan to seek help for Qari Zainuddin. One tribal elder told an official of the administration "don't fool us, President Zardari is assuring cooperation to NATO and you are asking us to cooperate with a person who is openly saying that go and fight against NATO in Afghanistan."

Some political allies of President Zrdari like Maulana Fazalur Rehman of the JUI-F are again suggesting direct talks with the Taliban but Zardari is not listening. Zardari could ignore Rehman but he should not ignore the whole Parliament. May be Baitullah Mehsud is a double agent and must be gotten rid off but Zardari should take him on with the help of Parliament not with the help of another double agent like Qari Zainuddin. He needs approval and support from Parliament for the operations against the Taliban. Pakistan can defeat terrorism through a bold and transparent military strategy having the support of a broad based political front. Both Pakistan and US should be fair with each other. Double games will no work anymore. 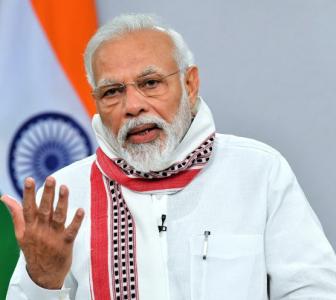 B Raman: Why the Taliban is attacking the ISI