News
Business
Movies
Sports
Cricket
Get Ahead
Money Tips
Shopping
Sign in  |  Create a Rediffmail account
Rediff.com  » News » Obama's strategy is more about US than Afghanistan

Obama's strategy is more about US than Afghanistan 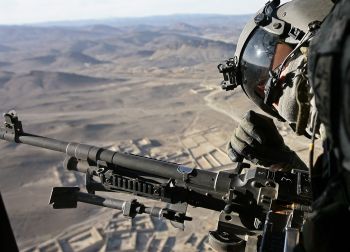 US President Barack Obama has fallen into the trap of trying to please all shades of domestic opinion on what his Afghan war strategy should be.

He has given his general most of the additional troops that were sought, but also announced a date when US troops will begin to leave the country. He has indicated that more action will be focused on Pakistan, promised that country a more constructive partnership, and also sought a more active role by India in Afghanistan.

Everyone can, therefore, see the positives in the presidential package, but they can also see the negatives -- chief among them being the obvious point that the Taliban has been told it just has to wait for a couple of years before making its next big move.

Pakistan too is unlikely to cut links with the Taliban, now that it knows the Americans are not staying for very long. Mr Obama, therefore, has ended up undermining his country's position even as he has decided to send in more of his troops.

From India's point of view, the implicit, though partial, recognition that the heart of the problem is in Pakistan, and not Afghanistan, is a welcome development because it recognises the reality.

The signal that drone attacks might also take place in Baluchistan (where key Taliban leaders are believed to be hiding) is particularly welcome. But this is overshadowed by the announcement of a date for the start of American withdrawal from Afghanistan, in mid-2011, something that is clearly timed with the 2012 presidential elections in mind. The question is whether the Taliban will have been "defeated" by then (if defeat is an objective) and -- more pertinently -- whether an Afghan army can be trained in time to take the place of the 130,000 foreign troops who will leave.

On the basis of how things have gone so far in this war, the prognosis is not very hopeful. Critics will say that Mr Obama's strategy could turn out in the end to be nothing more than the old trick used in Vietnam: "Declare victory and run".

American objectives will be limited, understandably, to making sure that the US does not get attacked again from an Afghan base.

No US president will want to take on an open-ended war in a distant land.

But India's interests are more substantive, in a country that can legitimately be considered to be a part of its neighbourhood, and the prospect of American withdrawal in an unsettled country raises important questions. The prime minister is believed to have turned down Mr Obama's request that India train Afghan troops in Afghanistan.

That may be fine, but New Delhi will have to think seriously about its future strategy in the event that the US withdraws before the security situation in Afghanistan has stabilised.

Image: A US soldier from Task Force Viper looks out as a transport helicopter flies back to FOB Salerno, Afghanistan | Photograph: Zohra Bensemra/ Reuters

Afghanistan is no Vietnam, says Obama

Afghanistan and the 'Age of Obama'